It started with a plastic syringe, still sealed in its sterile packaging.

I remember buying it from Mercury Philcoa in the middle of the night for something it was not meant for. I bought it so I could feed a kitten found near Sunrise Cottage.

But I never got to use it. The kitten died the next morning.

Next to the syringe was a logo patch, taken from the gi I used to wear. It has a sort of yin-yang with a red circle in the center. Funny how I never paid attention to its design back when I was still wearing it.

Stuffed among the seemingly random items was a plastic bag with pieces of torn paper, already discolored and soggy from humidity. I wonder if I could still put them together and see the sketches again.

Amazing how much an old shoe box can hold.
posted by Leo at 2:12 AM 1 comments

Two Saturdays ago, thanks to an unusually fast internet connection and a good headset, I was able to call two friends abroad via YM.

It’s been years since we last talked so I couldn’t help but be fascinated with the sound of their voices during the first few minutes of our conversation.

But as the hours passed by and the laughter came wave after wave (my tummy still ache from the cramp), everything sounded the way it was years ago -- back when we were still having this sort of conversation on a daily basis.

It was great talking you again, C and E! Sure beats chatting. ^^

Two Sundays ago, I met with my Perfect World clanmates at the LU! Live at World Trade Center.

It was my first time to personally meet the people I get to know in-game, and it was... strangely fun! I wished I didn't have to leave the meeting so soon, but family duties come first.

After the little teambuilding and RnR, we took a quick tour at UP Los Baños, and I finally get to hug the famous Fertility Tree. Weee!

More about this soon at the unofficial Techie blog. 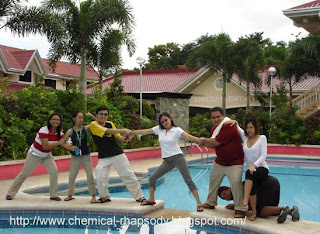 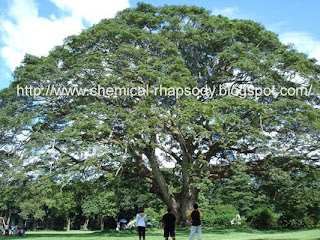 The Fertility Tree!
posted by Leo at 7:15 AM 1 comments 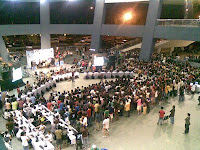 Joan and I were supposed to do groceries at the Mall of Asia (MOA) last Saturday, but ended up watching two gaming events by the country's most popular online game publishers.

Level Up! held its Road to LU Live at MOA's Music Hall, and we were just in time to watch the Philippine Ragnarok Championship finals.

It was an exhilarating race-to-three match between the country's best pRO teams: the Bozanian Beast Fighter and the Renegade. The Bozas won straight three to none. 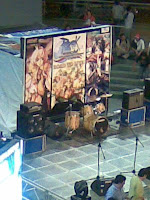 All of the rounds were intense -- with all the new MMORPGs (massively multiplayer role-playing games) that came out in the past five or six years, I believe Ragnarok still has the fastest pace and the most complex teamplay tactics.

The loudest yells and cheers came from what was apparently the favorite (and maybe the most lethal) move during battles -- the monk's Extremity Fist, also my personal favorite.

The Bozas will represent the Philippines in the coming Ragnarok World Championships at the Level Up! Live in October 18-19, to be held at the World Trade Center, Pasay City. 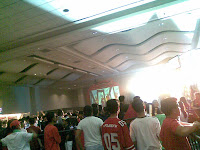 At the other side of MOA, at the SMX Convention Center, E-Games was holding its RAN Global Tournament 2008. We caught the last two matches between Malaysia vs. Hong Kong, and Malaysia vs. Philippines.

It was a great day for the Philippine gaming community.

E-Games had a sort of mini-quest for the guests: have your card signed by ten of their selected Game Masters, and you get a chance to win some cool items.

This reminded me of my undergrad days when I was applying for a student org. I was a bit skeptical about the whole thing, seeing that there were clearly more than ten GMs milling around the convention center, some even within the restricted area.

So I had two questions for the organizers at the booth:

Me: (in Tagalog) Are you sure these signatory GMs are wearing the prescribed GM uniform?

Me: And none of them are stationed or hanging around the restricted area?

Okay, so make that three questions.

It was easy enough to find and meet the nine GMs. These fine-looking young men and women are very nice and friendly.

Before the final match between Philippines and Malaysia began, another GM informed me that this GM Drone was wearing a blue jacket, not the prescribed black and gold jacket with big GM letters at the back.

Just great! In a major, international event like this, this GM has the audacity to break the rules. If he was planning to not wear that GM uniform (it was a really cool jacket, by the way) and if he intended to make himself scarce at the latter part of the event, he should not have agreed to have his name in the sig card.

I was not the only person looking for this GM Drone. There was a group of late-comers who entered the hall just for the final match. Our hopes of getting some of the goodies from the loot booth were in the hands of this hard-to-find GM.

After the awarding ceremonies, I made a final attempt by breaking through the security line towards a large crowd of people wearing the GM jacket.

The crowd of GM were making their way to the VIP area, where the winners were gathered to lounge. I literally pulled one of the organizers from the crowd to ask her where GM Drone was.

And so five other guys and myself left the hall empty-handed. We joked half-heartedly that we'd include GM Drone in our hitlist in-game Ran online, but there's no doubt it was a really frustrating experience.

Good thing the Philippines won, otherwise, GM Drone would have pretty much ruined my day.
posted by Leo at 10:23 AM 0 comments