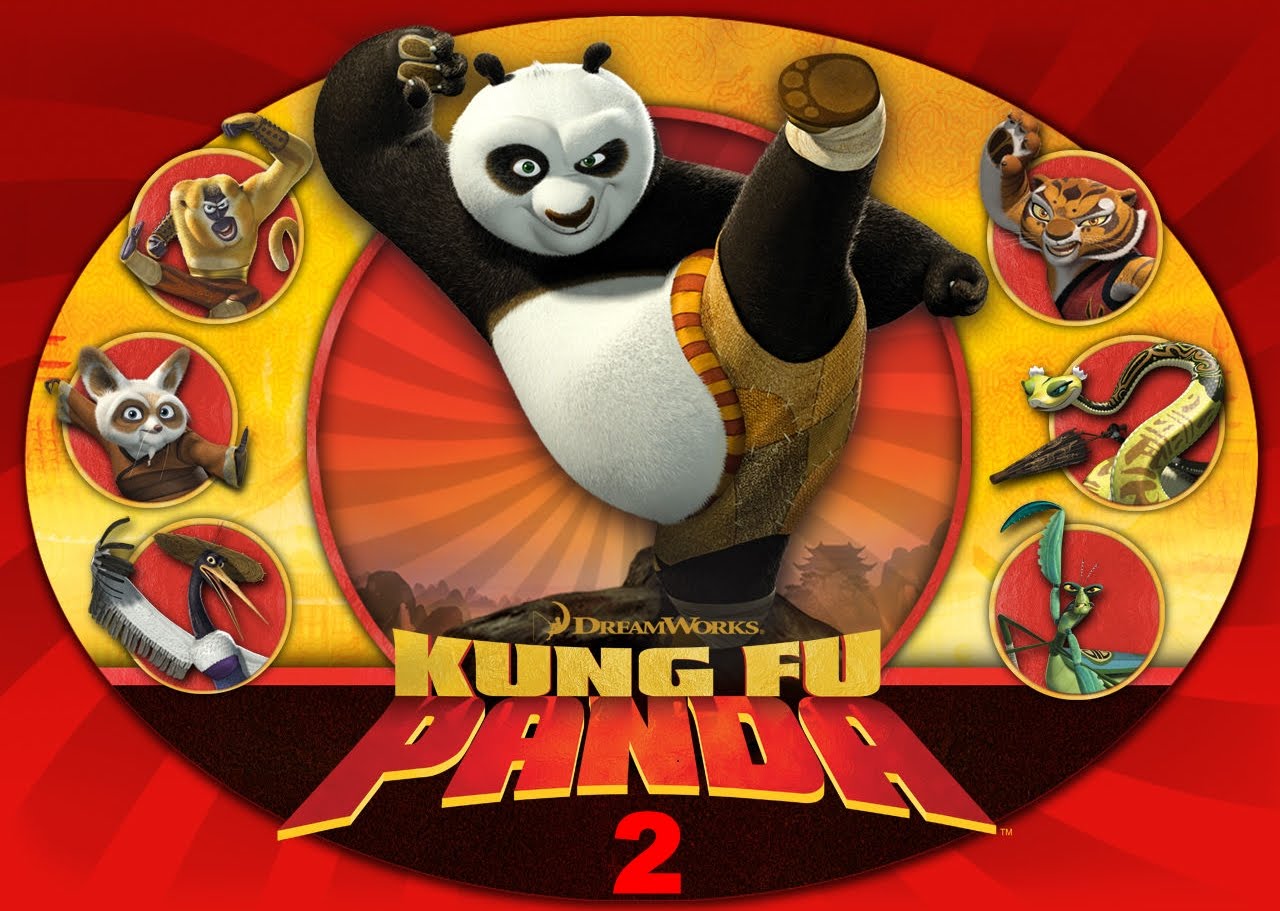 Yeah, Master Shifu's mantra is stuck in my head like a severe case of last song syndrome.

But unlike him and Po, I have yet to achieve this -- if at all it's remotely possible in my lifetime.

With questions about the past that I still have (most with no hope of resolution), the things I ought to do, nature's wrath, and the very society we live in, achieving inner peace would probably be as hard as getting my lifelong dream of six-pack abs nyahaha.

Every now and then, however, something or someone comes along that makes it possible, bringing me a tad closer to that inner peace.

And for you all, I am forever grateful. ^^ 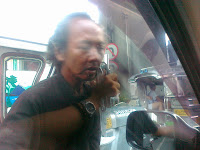 For the past four months since I took an alternate route on my way to work, I've been seeing the man exactly the way he is everyday: unkempt, dressed in dirty clothes, and constantly wearing an angry -- almost mad -- look on his face.

I've watched him wipe windshields during the red light, all the while muttering menacingly at no one in particular.

Last week he finally chanced upon me, and proceeded with his routine -- including the usual glaring eyes and angry snarl.

I rolled down the window, handed him the coins I found on the dashboard, and finally saw something different.

In public opinion surveys, the lowest points of public satisfaction with Philippine government are usually marked by two types of crises: one that affects the heart, and the other stomach.

The latter has a more direct effect, and despite my high tolerance for poor service, hunger broke down my patience and compelled me to write the email below:

Please review the exact time it takes to serve your Fish Twister and California Maki Twister, because I am sure I have been waiting for an average of 20 minutes in all three separate occasions I ordered for these items.

If indeed it takes just 10 minutes to serve these items, then please review the KFC (name of branch) -- that's where all cases I mentioned above happened.

I am so willing to wait for 20 minutes, that's how much I like your Twister.

But please don't train the frontline staffs to deceive customers like me by making me wait for twice the AGREED time. It is definitely not a pleasant feeling. You can check with your frontline man Nestor* who attended to me this evening, May 16, at 8:20 PM (Transaction code: 112-0516**********), how miserable I was.

So my plea is for either:
- the said KFC branch shape up and deliver within the 10-minute promise, or
- change the frontliners' spiel and honestly advice the customers that the twister will take 20 MINUTES. Have faith in your products, do away with the deceiving "10-minute willing to wait" spiel.

Should this experience happen again in that branch, and I am not in a hurry to go home, be assured that I will raise this concern to the branch manager.

But since I was hungry and in a hurry to enjoy a dinner of twister at home this evening, I hope that for now this letter could bring this issue to your kind attention.


Thumbs up for their quick response:

Your message reached us. Thanks for sharing with us your service experiences with our KFC*. We understand your disappointment and would like to extend to you our sincere apologies for the inconveniences caused.

While we look forward to the immediate resolution of your concern, we would like to assure you that it is our steadfast commitment to maintain the highest possible standards in customer service for all our restaurants. This incident will merit verification from our Operations team. On this note kindly give us a contact number where we could reach you for feedback at your most convenient time.

Thanks for your time writing us. We hope to have you enjoy a real KFC experience with us soon!


A day later, I got a call from the Customer Care officer of the branch in question, and was apprised of the Operation Team's findings.

To summarize, on that fateful May 16 visit to that branch, the frontline guy failed to check his timer and followed up on my order waaay too late, causing a terrible delay in the entire process of serving my much-needed sustenance. I was told that the said frontline staff was "pulled out".

All in all, I'm satisfied with how they handled my issue. Tara kain! ^^ 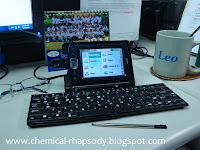 Over the past week, I've been reading reviews, trying out demo units from one shop to another, peppering sales reps with every possible question I can think of, and bugging my officemate about her own unit.

Yep, the tablet fever finally caught up, and I'm making sure all my anti-"mindless spending" safeguards are in place.

The first safeguard is easy enough to resolve: determining that the urge to buy is a function of "need" instead of just "want".

The second one, and the more time consuming, is choosing the right unit.

And here lies the rub.

You see, I have this genetic tendency to be attracted with the uncommon. Had I been a voter, my natural tendency would be to take interest in the dehado (underdog) rather than the llamado (favorite).

In the early part of the tablet race, I have unfortunately fallen in love with a dehado.

Of course, I weigh the pros and cons. With enough time and technical information, I too can have a change of heart.

And when my head and heart are at peace, I would be just inches away from saying "Miss, kunin ko na 'to."

But then again, there's a reason for the title of this blog.

Just before I decide to make the purchase, the final and most powerful safeguard I have in my head will kick in: it will tell me to go back to #1.

But the fact that my Palm Tungsten TX is back in my bag -- and that this entry was drafted entirely using it -- is proof to just how powerful this final safeguard is. Haha!

Let the tablet wars begin. The major players are only beginning to show their weapons. I'm happy to wait a little longer and just watch.
posted by Leo at 9:43 PM 1 comments

Harold Camping's May 21, 2011 end of the world prediction would probably be the nth doomsday forecast I've heard in my lifetime.

From a tidal wave that will cleanse a little town in Aklan called Batan (heard this when I was little), to one with wider scope such as the sinking of Metro Manila under water, to a more global, horrific scale involving extraterrestrial bodies. It would be lucky if a new year enters without some sort of prophecy involving loss of lives on a massive scale.

Whatever the method of ending -- whether by flaming God's wrath, planets forming into cosmic weapons of destruction, or alien invasion -- if you know it, then it's not the end.

Oh well. This world, my world, could end anytime -- as it will eventually. If Camping was right and it did happen, I'd be at peace because I was with wifey -- we watched Pirates of the Caribbean: On Stranger Tides, had pesto pasta and pizza for lunch, played bowling, had pancit luglug and halo-halo at Razon's, had our teeth cleaned, had full-body massage, and passed by the place where we got married (Paco Park).

There's much yet to be done, of course. But just making each day count. ^^

And as Jack Sparrow said, "better to not know which moment may be your last, every morsel of your entire being alive to the infinite mystery of it all."

Speaking of endings, I thought that -- after a slew of new movies from the Disney and Marvel Studios -- moviegoers would already have developed that instinct of staying on for the possible post-credit scenes.

But still, both in the Thor and The Pirates... movies, hardly anyone stayed on, thus missing that precious peek at what's to come.

Oh well, thanks maybe to YouTube, most moviegoers need not stick around for the post-credit scenes while the guards and cleaning crew scurry around to clean up and search for any stuffs that were left behind the moviehouse.

With so many good movies ahead (Harrryyyy Poootteeeeeerrrrr!), the world cannot end just yet haha! ^^
posted by Leo at 10:01 AM 0 comments

Whenever my mother is with friends, she has two stories about me ready at hand: 1) I made a toy robot out of recycled slippers, and; 2) she learned the meaning of the word "sibin" when I was hospitalized for H-fever in 1988.

The first one is pretty simple. When I was in fifth grade, I drew a robot and from it made a half-foot, fully pose-able model out of old slippers.

My mom was so impressed that she thought of contacting the local media to have my so-called "talent" featured.

But I was too shy and passed on the chance at fame.

The second story was about the time a nurse told my mom, "I-sibin mo ang bata mo, Mam," to bring my fever down in case it gets too high.

For some reason my mom forgot to clarify what the word meant as she patiently tended to me as she had done everyday since I got hospitalized for H-fever -- feeding me, watching my condition, searching for blood donors, etc.

So when my fever suddenly spiked to 42 degrees C and I began making weird things with my eyes and body, my mother did everything except that mysterious "sibin" thing.

As the nurses rushed in with ice and wet towels, the head nurse asked my mother if she administered "sibin" on me.

"Amo ni ang sibin" (This is sibin.), says the nurse (in Ilonggo) as she proceeded with giving me a brisk sponge bath with ice-cold water.

"Indi, Mam. Sibin," insisted the nurse. "Amo ni ya ang trapuhan..." (This is trapuhan...) and she took the mop and started mopping the floor.

I guess these are two of the fondest memories she has of me.

The toy robot is neatly preserved in my old room, a reminder of how much my mother has been so proud of my accomplishments, however small they may be. She could have pushed me to fame at a young age (nyahaha), but she respected and supported what I wanted -- as she always does.

I spent seven days and my 13th birthday in that hospital (Emmanuel Hospital at Roxas City, Capiz). My blood was examined every three hours the entire time (that's about fifty skin pricks distributed in ten fingers), and the pain was surreal.

But my mother, my family, and all the good souls that kept me company in that hospital room made the experience a whole lot bearable, almost fun.

I never felt the misery or hardship of being sick. While the pain was a constant buzz, I remember the pretty nurses, one of my happiest birthday celebrations, and my mother being there constantly.

The "sibin" incident has become one of my mom's surefire hit if she needs to make a point about language differences and get a few laughs out of it.

In the end, I guess she did make me a little famous in her own way. ^^

But it moved me in ways none of the artworks and places I've seen in Florence, Pisa, and Rome can compare to.

Paying respects to the man who has done so much for Christianity and people around the world was an indescribable feeling.

His charisma lives on, and it brought me close to tears as we knelt shoulder-to-shoulder with others offering prayers before his tomb.