The coming May 2010 elections will be my fifth national election since I joined mother station. And just as in the past four, I will not be casting my vote this year.

It’s not that I’ve lost faith in democracy. On the contrary, with all its flaws, I marvel at the whole process that I rather step back and watch it unfold from an emotionally sanitized distance.

The elections of 1998, 2001, and 2004 will always be my best experiences of national elections. From getting down and dirty setting up regional command centers (I love you, Region VI!), training field staff, doing the interviews, to spending long, sleepless, nerve-wracking hours getting the data ready for broadcast.

In 2007, I was not given any field assignment, and it seems I won’t be getting any outdoor adventure this coming election either. Being the station’s “communication guy” requires me to stay put in the office.

Oh well… I just miss going on field at the crossroads of Philippine history – personally asking the questions and listening to the answers.

Anyway, the excitement generated there at the frontlines is not so different compared to the indescribable moment as you watch the numbers reveal how the sample has spoken, and telling the latest story to everyone else.

This year’s automated election – a first in Philippine history – amid the colorful political show the major players are putting up, is putting a whole new light to an old exercise. 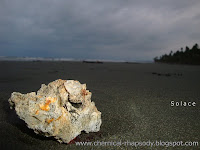 I’ve been swimming the beaches of Napti since my family moved to Batan, Aklan in 1983. Last January we paid a visit to one where, once upon a time, I nearly drowned.

It’s not the same beach I used to know. There are fewer coconut trees now, and there is nothing but a long stretch of sand in places where houses used to be.

This beach, like the others lining the coast of Batan, is slowly disappearing. The coastline is eroding at an alarming rate of at least 10 centimeters a year.

But in the face of its slow destruction, the beach has become more beautiful.

I hope the locals find a way to preserve the beaches, soon. 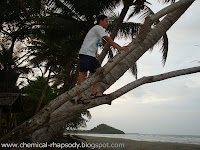 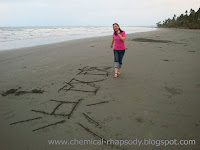 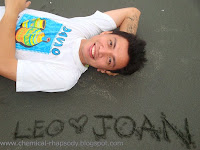 I’ve already expressed my initial reaction when my brother and sister connected with me in FB.

It felt creepy. The idea of any family member getting to know my virtual lifestyle was something I did not approve of at first.

But with FB, I guess it’s just a matter of time.

True enough, I now have nephews, nieces, cousins, and my cousin’s children in my friends list. Uh-oh haha!

But that’s just a minor moment of resistance. For the most part, fezbook did good in keeping me in touch with old friends, finding new ones, and reconnecting me with those that were lost from my sights for some time.

Hey Jov! Our fezbook kwentuhan is giving me a new way of looking at ancient highschool history. Thanks haha! Keep in touch.

To Ria and Sanctius folks, I see you now under a whole new light. Cheers!
posted by Leo at 3:32 PM 5 comments